Mob Programming - The Good, the Bad and the Great 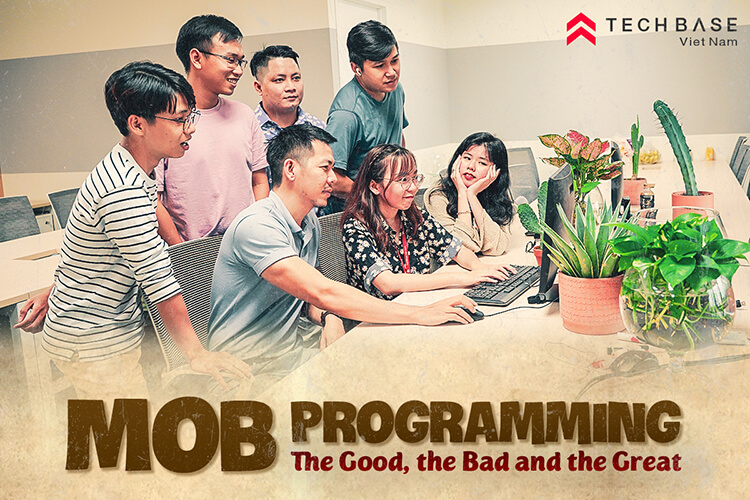 Mob programming is a software development approach, and by definition at mobprogramming.org, is an activity in which “All the brilliant minds working together on the same thing, at the same time, in the same space, and at the same computer”

Why we apply Mob programming

Before answering this question, let's take a look at the 3 pillars in software development project as below. 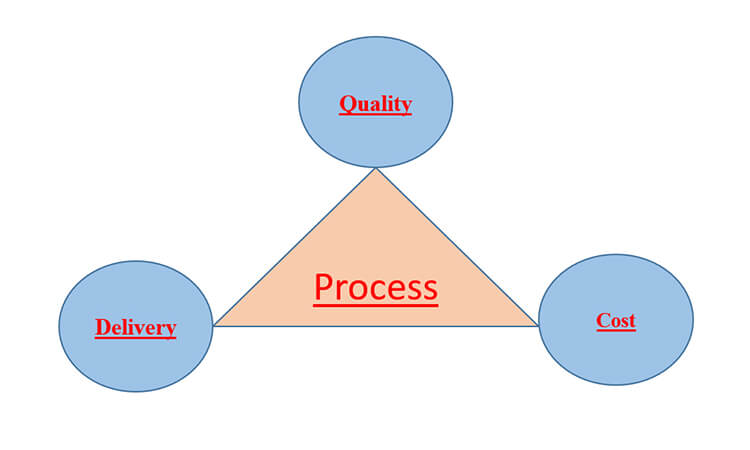 Everyone knows that strictly following the review process and task assignment is good for outputs quality and on-schedule delivery. Particularly, we usually:

It is true that these behaviors are good for the performance of each tasks. But on the other hand, making clear of roles means member will focus only on their tasks, rarely support each other; while overestimated risks prediction beforehand sometime prevents team from flexible response when unexpected problems occur.

The following two problems should be considered too for a more effective process.

The above problems might lead to too much focus on performance of each small task. As a result, we tend to create as many outputs as possible, but less outcome.

In Agile Manifesto there's a value that states: "Individuals and interactions over processes and tools". In the long run it'd be better to try out methods that can increase the collaboration in team and optimize the whole work-flow.

Ideally, applying those said methods will results in:

Mob programming is one of those methods being applied in TBV.

First, let's define the role and how to proceed.

Next, set rules to make sure all team members will engage in the activity.

Last but not least, retrospective and take action.

An environment for all team members to work together is a must. At TBV, we have a corner like in these photos below. It's called "Scrum Island" and is used for Mob programming.

This is also a great corner for Scrum teams to demonstrate working software to multi stakeholders at multi locations via TV conferencing system.

After applying, the collaboration between team members was significantly improved. Members not only focus on self-task but also understand the entire product, as well as keeping track of team's problems.

The whole team brain storm and work together. Information quickly becomes transparent. Communicating and discussing skills are increased. Everyone stays involved and informed.

Among all of that, the biggest plus for us must be experience sharing and new skills learning.

Beside benefits, there are some demerits and dissatisfaction from our team when applying Mob. Here are some retrospective results we'd like to share.

In our case, still there are some points that we need to improve to make Mob more effective, especially clarifying the purpose to each members, for a better mindset and prior preparation. We also recommend that System architecture (SA) should be defined clearly before applying Mob for working software creation purpose. (And yes, using Mob to define SA is also good idea.)

In conclusion, rather than recommending Mob programming, this article is more about sharing our experiences. But we believe that it is worthwhile to investigate the concept and see if it's appropriate for your team.

So if you decide to try Mob programming, feel free to share with us, we’d love to hear about your experiences.